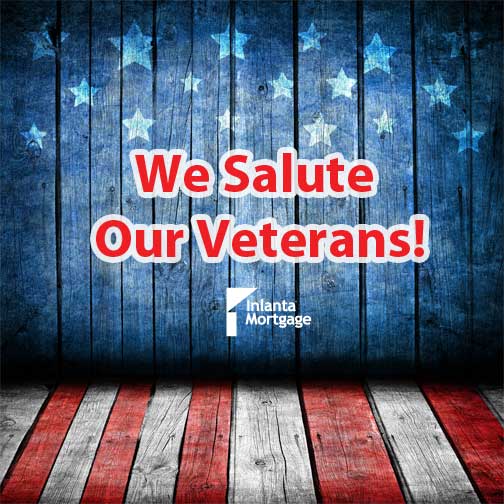 We Salute Our Veterans

Facts About our Veterans

Here are a few facts about U.S. Veterans:

Inlanta Mortgage is a multi-state mortgage banker based out of Brookfield, Wisconsin NMLS #1016. Inlanta Mortgage was recently named a Top Mortgage Lender in 2013 as well as 2012 by Scotsman Guide. Inlanta was also recently named a Top Workplace in 2014 as well as in 2012. Inlanta has also been named one of the “Top 100 Mortgage Companies in America” in 2011, 2012 and 2013 and one of the 50 Best Companies to Work For by Mortgage Executive Magazine.