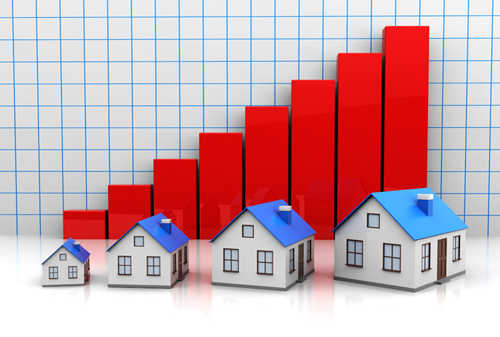 In today’s MarketPulse newsletter from CoreLogic, the CEO says that this spring’s home buying season offers the brightest prospects for the housing market since 2006. With fewer foreclosed properties and declining shadow inventory comes solid gains in home prices and a reduction in the number of borrowers who are underwater. Our nation’s housing market is in transition as affordability of home ownership remains at very attractive levels.

Nationally, the inventory of foreclosed home decreased 21 percent from a year ago. This is the largest year-over-year decrease in the last 12 years. Overall, the inventory of foreclosed homes is down 25.7 percent from its peak in January 2011. Since the beginning of the financial crisis in 2008, there have been approximately 4.2 million foreclosures in the United States. 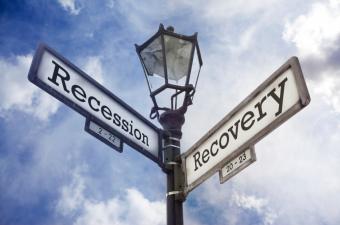 The housing market is likely to be the primary driver of economic growth in 2013 say many economists.

Steady home sales in 2012 led to a 9% increase in home sales over 2011 – the best year for home sales since 2007. Improved demand for homes in December led to the inventory of homes for sale to fall to its lowest supply since 2001. And yet another indicator of a strengthening housing market – housing starts have reached their highest level since 2008.

While the housing market still hasn’t worked through all of its issues, it is improving at an accelerating rate.

Here are a few articles detailing the housing market’s role in our economic recovery:

If you were waiting for home prices to bottom out before you buy – you may want to start researching your home financing options now. Home prices are on the rise and near record low mortgage rates won’t last forever. 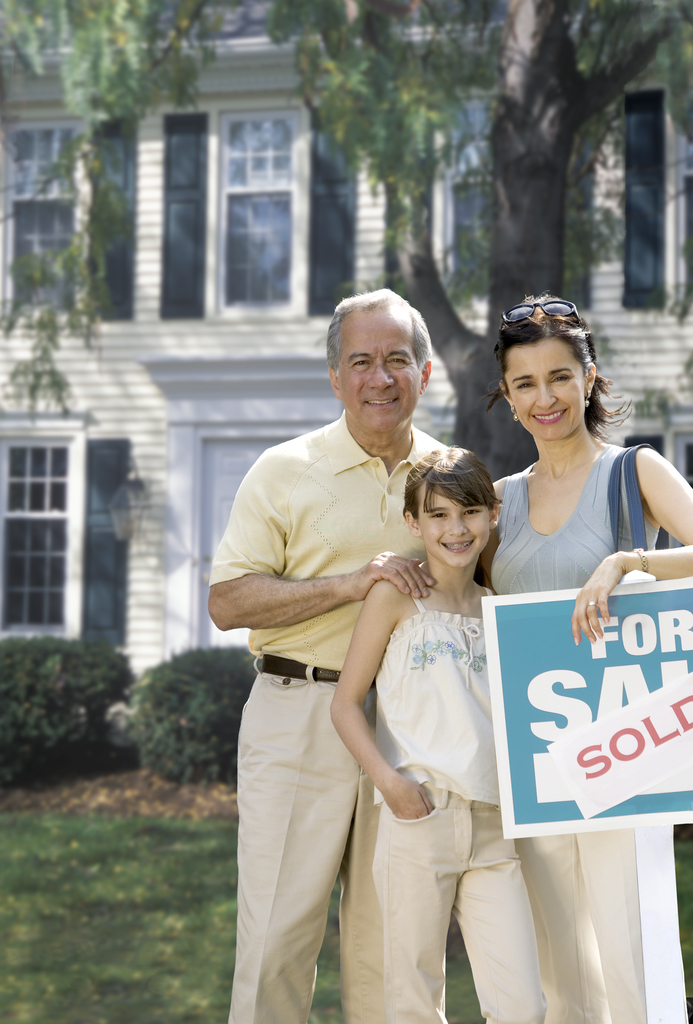 Sales of previously occupied homes rose 2.1 percent in October according to a press release distributed yesterday from the National Association of Realtors. Coupled with a jump in homebuilder confidence, the housing market continues on its path to recovery. An improved job market and record low mortgage rates are contributing factors.

The National Association of Home Builders/Wells Fargo builder sentiment index increased to 46, up from 41 in October. Readings below 50 suggest negative sentiment about the housing market. The index last reached that level in April 2006. Still, the index has been trending higher since October 2011, when it stood at 17.

While the economy slowly recovers, many people have begun house hunting. Renters are seeing increased rent prices and often see purchasing a home as a more attractive option- especially with rates hovering around record lows.

Are you a renter facing rising rent prices? Consult a licensed mortgage loan officer to discuss first time home buyer financing options. Inlanta offers a variety of programs to help you achieve your dream of homeownership. Find a branch officer near you. 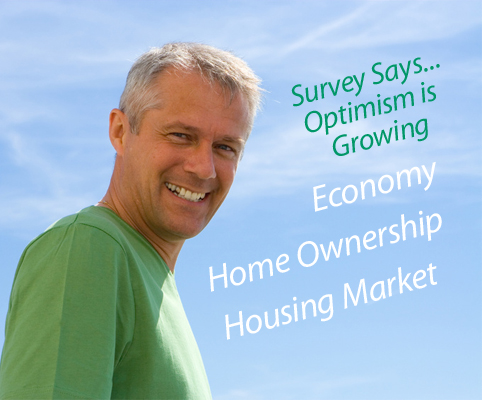 Optimism on the Rise

Chief economist at Fannie Mae, Doug Duncan said, “Home price change expectations have remained positive for 11 straight months, and the share expecting home price declines has stabilized at a survey low of only 11 percent. Furthermore, the Federal Reserve’s latest round of quantitative easing has caused a large drop in mortgage rate expectations. Friday’s September jobs report, including the strong upward revisions for prior months, a sizable increase in earnings, and a sharp decline in the unemployment rate, should provide further impetus for improving consumer confidence in the housing market.”

Click to review the September 2012 Data Release. Survey highlights include: 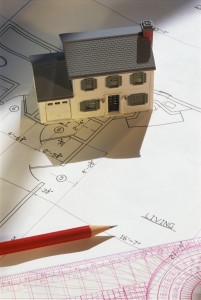 Is the housing bust over?

According to Cooper Howes of Barclays, “2012 is expected to be the first year since 2005 in which residential investment will provide a positive contribution to GDP growth.”

Barry Rutenber, chairman of the NAHB, said, “Builder confidence increased by solid margins in every region of the country in July as views of current sales conditions, prospects for future sales and traffic of prospective buyers all improved. This is greater evidence that the housing market has turned the corner as more buyers perceive the benefits of purchasing a newly built home while interest rates and prices are so favorable.”

According to NAHB’s chief economist David Crower, “Combined with the upward movement we’ve seen in other key housing indicators over the past six months, this report adds to the growing acknowledgement that housing – though still in a fragile stage of recovery – is returning to its more traditional role of leading the economy out of recession. This is particularly encouraging at a time when other parts of the economy have begun to show softness, and is all the more reason that the challenges constraining housing’s recovery – namely overly tight lending conditions, poor appraisals and the flow of distressed properties onto the market – need to be resolved.”

Click here to read the NAHB release in its entirety. 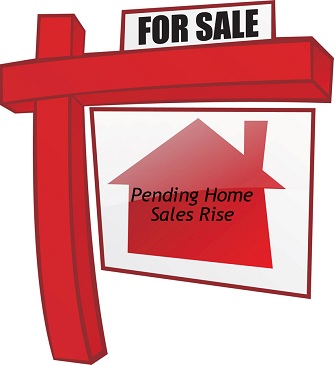 Pending home sales in May matched the highest level in two years according to the National Association of Realtors®.

The Pending Home Sales Index,* a forward-looking indicator based on contract signings, rose 5.9 percent to 101.1 in May from 95.5 in April and is 13.3 percent above May 2011 when it was 89.2.  The data reflect contracts but not closings.

“The housing market is clearly superior this year compared with the past four years.  The latest increase in home contract signings marks 13 consecutive months of year-over-year gains,” he said.  “Actual closings for existing-home sales have been notably higher since the beginning of the year and we’re on track to see a 9 to 10 percent improvement in total sales for 2012, ” said Lawrence Yn, NAR chief economist.

Need more tips and advice for the new homebuyer? Learn more about the homebuying process here.

*The Pending Home Sales Index is a leading indicator for the housing sector, based on pending sales of existing homes. A sale is listed as pending when the contract has been signed but the transaction has not closed, though the sale usually is finalized within one or two months of signing.

An index of 100 is equal to the average level of contract activity during 2001, which was the first year to be examined as well as the first of five consecutive record years for existing-home sales; it coincides with a level that is historically healthy. 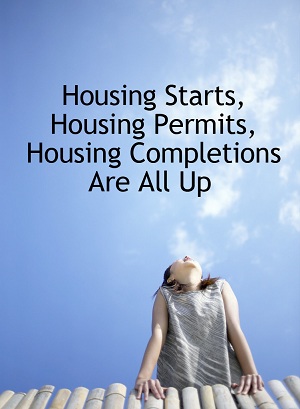 The stock market welcomed news that the housing market may be slowly recovering.

In a report released today, the U.S. Census Bureau and the Department of Urban Development annouced that building permits, housing starts and housing completions are substantially higher in May 2012 than they were in May 2011.

What does this all mean? Well, housing statistics matter to the U.S economy. While discouraging news persists in Europe regarding Spain and Greece, increases in housing starts suggests the housing market, a key to our nation’s economic growth, is slowly recovering. Housing permits are up almost 50 percent from the early-2009 low. News of the jump in housing starts helped U.S. stocks open higher on better news of the housing front.

Are you a renter waiting for the opportune time to buy? If the housing market has begun a period of recovery, now may be the best time to take advantage of affordable home prices and historically low interest rates. Contact a licensed mortgage professional to discuss your home financing needs and get approved today!